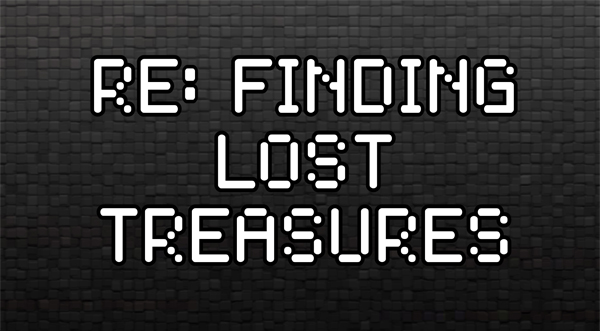 Some people have their stamps, some have coins. I collect video games. And at times even some video game related materials if I seem interested in them. Now while I’m nowhere near to the collection of a Pete Dorr or others on that level, but I’m always out looking for old and/or various games. Some I played in my childhood, rented and never bought, or those games that I always heard about but never had a chance to play. And as much as I’d love to spend $200 plus for that still sealed copy of Marvel vs. Capcom 2 for the PlayStation 2, the economy and life doesn’t always have that in the cards. Instead I tend to focus on buying games, in good condition at least, that I will play at some time or another (can you say backlog).

But I’m always keeping my eyes and ears out. Even when I find noticeable bootlegs of systems and games, I still amaze in wonder about who would make something like that.

When beginning this, my obvious choice was first the internet. eBay I believed would be my best friend for these kinds of searches, which it can be, for the right price.

Now depending on what you’re searching for, some games can range between fairly reasonable to “What the hell is this guy thinking asking for this price!?” And these days, sometimes it doesn’t even relate to old games. Since I’ve collected, I’ve found that even newer released titles are sometimes getting the price hike treatment. One example is the recent Tales of the Abyss release for the Nintendo 3DS. I’ve already played Abyss on my PlayStation 2 but never finished it, so I figured that this would give me a perfect opportunity to go back and complete the game. What I didn’t know is that it was being sold at prices such as fifty dollars and upward instead of the usual $39.99. Amazon was already sold-out; Newegg and some of my local stores did not have any more copies. Another example is Radiant Historia from Atlus games. If you were lucky enough to get the special edition version with the bonus soundtrack, let alone just a regular copy of the game, usually run for sixty dollars bids and up.

Outrageous What Some People Will Charge For These Games

And why does this happen? Usually the publisher will only make a limited number of copies of the game and no more. So whatever copies made it too the stores and was sold is it. This is rather unfortunate because some people will see this merely as a way to make money. But, I guess that’s the nature of opportunity. This is sometimes the hardest part about collecting games, as some people will merely raise the price of games because they feel that some people have no other option to buy elsewhere. This is a topic I will get into at another time and date.

Eventually I located the last copy I could find at a particular “Game Store” chain in the next town over, which were selling the game at the regular price. One good thing about buying from the big chain franchise is that they usually do not mark up prices for harder to find games, or ones that are going out of print. But usually they are hit and miss.

I love role playing games. Although sometimes I find I never have the time to sit and play though one. But I do love them. It’s almost like getting caught in a virtual interactive book. Especially when you find one in which the story just kind of grabs you. Usually my local friends, and other people I’ve talked also, will argue which generation of video games had the better of them? The Fifth generation of video games with classics such as Final Fantasy VII, Xenogears, or the Fourth generation that brought masterpieces such as Chrono Trigger, and the original Lunar: The Silver Star and so forth. Some would even say that the Third generation had better games with the original Phantasy Star and Final Fantasy series starting then. But when I went looking for role playing games, JRPG’s for that fact that I missed eBay would provide to be a helpful tool.

My next choice was the local market or “flea” market. After all, one man’s junk is another man’s treasure… or still junk. 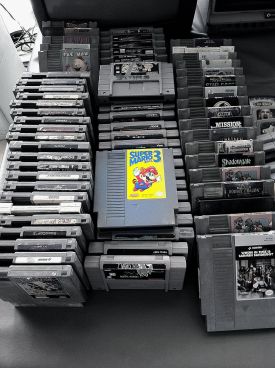 One Person’s Junk Could Be Is Another Man’s Treasure Right?

My amazement first occurred when I spoke to one of the first “vendors” I came across. He had thrown, literally, various game controllers, adapters and more on a fold out table. Some items in what appeared to be near perfect condition, with almost a quarter-mile of tape holding it in the torn package. When I asked him how much the open copy of the first version of Marvel vs. Capcom 3: Fate of Two Worlds was, he proudly claimed that he would let me have it for a steal at $35. I quickly, and I emphasize, QUICKLY dropped the game on the table and said that there is a newer, updated version of MvC3 out in stores for $40. I must have also insulted his family because his enthusiastic attitude quickly turned to one of anger and said the price was firm. I simply shook my head and left his table. I later found a copy of Marvel vs. Capcom 3 new, still sealed in plastic for fifteen dollars.

I found another person with various Gameboy, Gameboy Advance and Gameboy Color games put in a locked container. I found a copy of Super Mario Advance that I had been looking which appeared to be in good condition, simply the game in a clear Gameboy case minus the box and instruction manual. I asked if I could see it, but the “lady” as I put it was fairly adamant that if I was not going to purchase the game she would not take it out. I asked how much for the game, to which she replied $17 each game regardless of game or system type. I said that I wished to try out the game to make sure it worked, too which she said again, if I wasn’t going to buy, she would not take it out. I simply said “Thanks…” and walked away. Remember, if something seems wrong, best to just cut your losses and go. In most cases there are always more copies out there to be found.

There are other stories, such as the brothers who sell nothing but used and old games in their own little make shift shop at this location, but that is a story for another time.

I know some will argue it’s easier to download the games through varies online stores or the “roms” and emulators of certain games to play, but I choose to display my games the same way someone who has read classic literature would show off their book collection. Nerdy and/or geeky, sure, but it’s something that I like collecting and I take pride in it. And as it is, I never trade in my games. Whether be good or terrible. In fact I look at bad games as reminders to sometimes never take that path again, or remind myself when I see a game that might look familiar. Harsh lesson learned.

Needless what some may think, I do not simply collect Nintendo games only; these games just happen to be associated with this part of this entry. There will be more updates to this, as I have various “bids” on certain games happening at the moment, plus another trip around my area to see what else I may find.